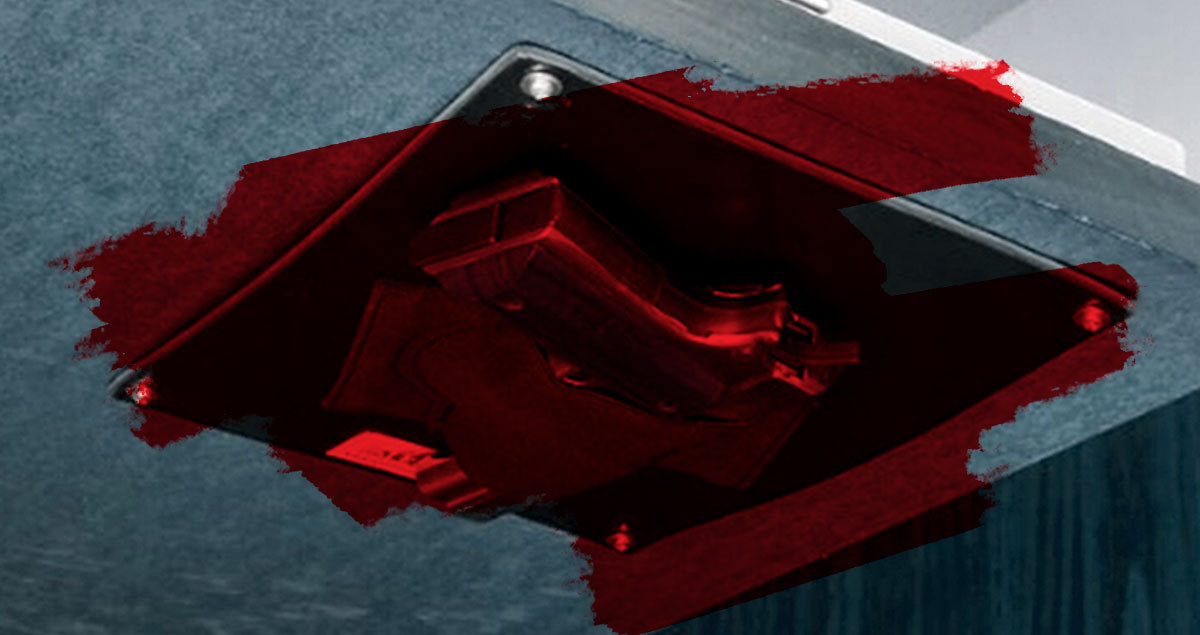 Don’t Arm Me: A Teacher’s Thoughts on School Shootings

I teach night classes at a community college. It’s a part-time gig that I do after my day job because I like doing it and it seems like a good thing to do a few evenings a week. Every year, I have a bunch of mandatory training, which always includes instructions on active shooter scenarios. I’ve been fortunate never to have a student give me any cause for concern, but every time a school shooting happens my heart drops, as it did this past week for Parkland. The classrooms at Marjory Stoneman Douglas High look like my classrooms; the students look like my students; the teachers look like me. For a little while after the news broke, I found myself paying special attention to the door during class, and wondering which of my students would be best able to help me barricade it with a desk. I wonder how quickly I can lock the door.

Here is what is going to happen if an emergency alert on my phone or the sound of gunfire ever tells me that an active shooter is on my campus. I am going to turn off the lights and lock the door. I am going to move my students out of sight, tell them to be quiet, and ask one of them to call campus security. I’m going to get the calmest of them to help me barricade the door, and then get the bravest of them to wait near it with me so that if the shooter comes in we can rush him. And then we will wait for the all clear. We will all feel a little foolish; after all, it’s silly to be huddling here in the dark, right? Right? This is just a false alarm. Right?

Some people say the solution is for there to be more guns in school. They want to put a gun in my hand. But if a shooter ever comes through my door? I’m probably going to die, armed or not. And no number of additional guns on campus will change that.

The academic part of me wants to weigh and measure the arguments, break them down to their component parts, and come to a reasoned conclusion. But there’s another part of me, the part that shows up at night to teach writing because the students I meet are a generally good bunch and I think I can, in a small way, help them have the lives they want. The feeling part. And that part of me recoils in horror. You want to give me a gun? So that, on the off chance the worst happens, I can kill a student? Or you want my students to be armed on the off chance they need to kill a classmate? Or post armed guards in the halls, again, in case we have to kill a student? The thinking part raises an eyebrow; the feeling part says you can go to hell. Bad enough that the world is so dark that I need a plan for a student trying to kill me and my class: I won’t add to that darkness by planning to kill him first.

Let me be clear: I will walk away from the classroom before I’m made into the avatar of some cowboy fantasy and in the process degrade everything that makes education worthwhile. That’s not why we have students, or teachers, or schools. We’re there to build each other up, not gun one another down.

There’s the heart; let’s hear from the brain.

There are three groups that gun advocates consistently suggest should be armed to deter school shooters. The first are specialist security guards. Certainly a guard might manage to save lives in an emergency, and provided that they’re trained well, they would probably safely handle their weapons. But I’m deeply skeptical that you can hire enough guards at any given school to have a realistic chance of halting a mass shooter. After all, despite their horrifying frequency, shootings are still a nightmarish surprise for those caught in them, and a uniformed guard is a very obvious target. And unless we’re prepared to give our security guards AR-15s, they’re apt to be outgunned. There are better things to spend our money on. More full-time teachers, for example, so the schools don’t have to rely on part-timers like me. More textbooks. More counselors to help the people who are going down a violent road. More training for teachers on how to recognize and reach out to at-risk students.

The second group are students, and the usual suggestion is to allow those with concealed carry permits to bring their guns to campus. In this scenario, some heroic student draws his gun and engages in a firefight with the shooter, saving the day. In the real world, it seems more likely that he hits one of his fleeing, panicking classmates, or gets tackled by someone who thinks the concealed-carrier is the shooter, or gets shot by responding police for the same reason. And given the dismal state of background checks, I have no confidence in the capacity of the concealed carry approval process to weed out people who should not have concealed guns. They are talking about adding an unknown and unknowable number of guns to campus, maintained and operated by students of unknown and varying stability and capability, and hoping that accidents don’t happen. All that risk, weighed against the hope that one student, under surprising, terrifying, and rare conditions will manage to gun down a determined mass shooter. Even trained soldiers don’t react perfectly under fire. Forgive me if I’m unenthused.

But what about arming teachers? There’s one of us in every classroom, and many more in their offices. We are generally responsible people, and we’re already expected to complete extensive professional development and training; what’s a gun safety and marksmanship class on top of that? Before issuing my colleagues and I sidearms, however, think about what a teacher is doing during a given class session. I spend a lot of time walking around the room. There’s a lot of writing on the board and fiddling with the computer. I rarely give the door a glance if it opens; it’s probably just somebody who went to the bathroom coming back. If I do look up, the time it would take me to process that the newcomer has a gun and means me harm, to draw my gun, and to return fire on the shooter would be far, far too long for me to live to tell the tale. Even if I managed to draw, most of the time my students are between me and the door; if any of them stand up in a panic, there’s a very good chance I’m going to hit the wrong person.

When you say teachers should be armed you are asking me to assess every student who comes through my door and decide if that person should live or die. You are asking me to teach rhetoric and composition while keeping a vigilant eye out for murderers. The two are mutually exclusive. I can care for my students and help them grow as writers, or I can assess whether or not it’s the right time to put them down like rabid dogs. I cannot possibly do both, and the suggestion that I do both is madness.

With the exception of certain limited applications of police and security, it is farcical to conclude that adding more guns to a situation reduces the risk of a mass shooting, or makes people more safe should one occur.

But what can we do about mass shootings?

In the long term, we need to keep young men from becoming alienated, isolated, hopeless, and rage-filled. That will require mental health services, but it will also require changing how we think and talk about people who don’t rise to the top of the meritocracy. No more losers, no more down-and-outers, no more people left behind. We need to break the myth that violence is redemptive, and replace it with stories of reconciliation, restoration, and rehabilitation. We need to take a hard look at some cherished and long-held values, and find a way to preserve the good and discard the outdated and damaging.

In the short term, we need to reduce the number of guns in this country. We need to ensure that those guns which remain are harder to get and operate with less deadly efficiency. Doing so will not deter the most determined shooters, but it will deter the less-determined killers, and that will prevent massacres. And it must be at the national level, or anywhere that attempts to limit guns will find itself like Illinois, which suffers from guns purchased under bordering Indiana’s lax laws. We limit some rights and freedoms to preserve others all the time. The right to bear arms must be limited so that the right to life, to safety, to education is preserved.

We don’t need a perfect solution; we don’t even need the best solution. But we must begin. The status quo is unacceptable. And before I retire someday, I would like to see a school year where I don’t need to wonder what I would do if a student with a gun came through my classroom door.