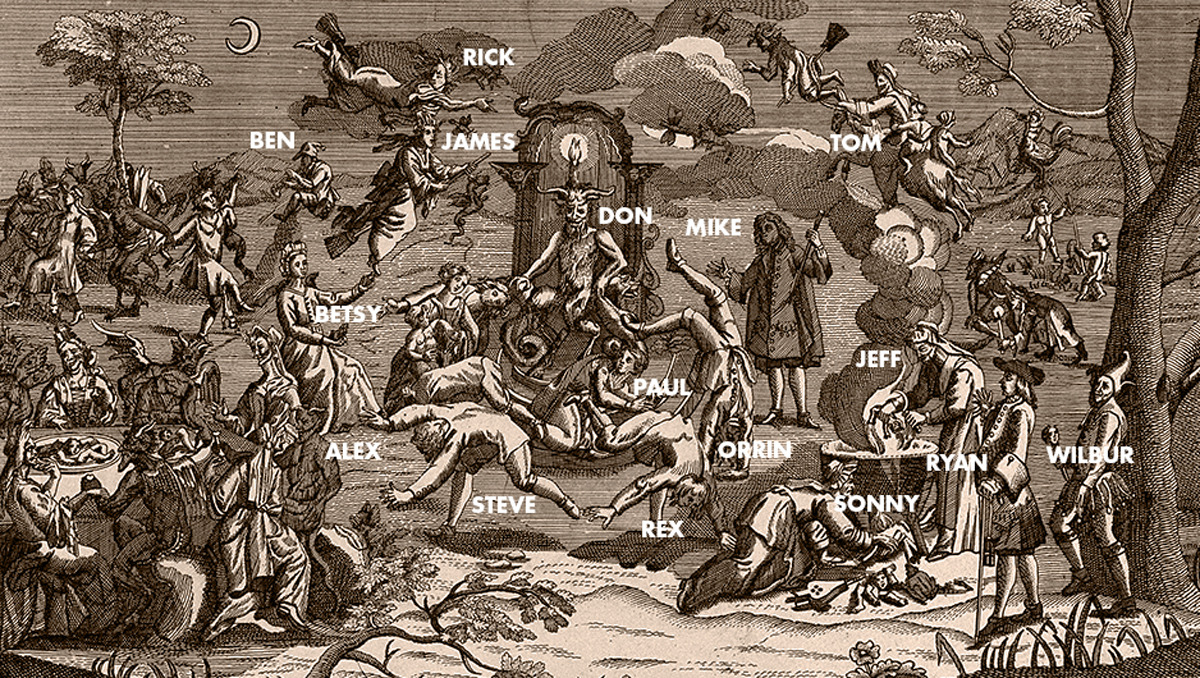 The Order of Regression

This morning, Representative Al Green (D-Texas)(wow, they do exist) took to the House floor and voiced his belief that President Donald Trump has defrauded, grifted, swindled, bamboozled, and embarrassed the United States enough to warrant his removal, and called for his being relieved of duty; whoever had “4 months or less” in the “How long into this presidency until official calls for impeachment?” betting pool, please come to the front window to collect your winnings.

This article, however, isn’t about all the things Trump has done wrong or why he needs to be removed–those kinds of articles take up approximately 83% of all news stories right now, and thanks to Trump’s truly impressive ability to keep finding more places to shoot himself in the foot, it’s not slowing down anytime soon.

What I would like to point out is how even in a best case scenario here–say, Trump being immediately and forcibly removed from office and sentenced to life in Alcatrazkaban (it’s really bad)–we’re still not coming out ahead here by any definition. We’re simply trying to put a bandaid over this gushing wound at our executive level that’s bleeding our dignity all over the place, spilling down to the legislative branch like a chain reaction of systemic failure. Think I’m wrong? Take a look at Mitch McConnell; no one could be that pale and clammy without significant exsanguination. We are not going to enjoy any of our options, and our only questions pertain to the central concern: how bad will it be?

I’ve put together this list that identifies the top fifteen executive officials that would be replacing Trump by order of succession, some of their greatest political hits, and a completely unscientific estimation of how likely it would be for them to actually sit behind the Resolute Desk in the nearing months. Enjoy!

Well, there you go, folks. I know the Trump/Russia/Comey epic poem rages on even still, but this is the hand we’re dealt, and we’re not getting 2016 back as much as we would all love a do-over. Take a look at your options above and despair accordingly.

Then remember to get your ass out there and vote.

552
Previous Automation: Yes, It Does Appear To Reduce Labor Demand
Next The Joke’s on the GOP