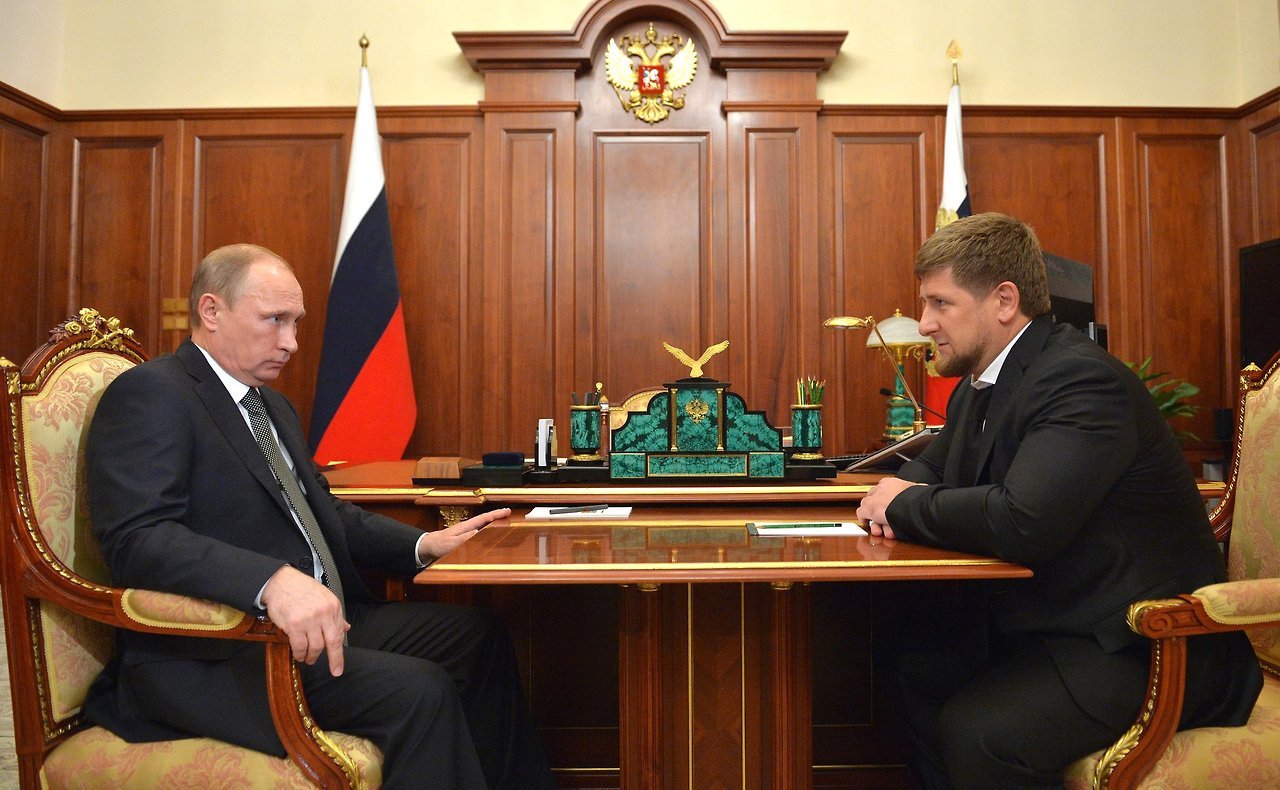 “If such people existed in Chechnya, law enforcement would not have to worry about them since their own relatives would have sent them to where they could never return.” -Chechen President Ramzan Kadyrov

A young man, maybe mid-twenties, stumbles home late into the morning hours after a long night of revelry at what the news would call “underground nightclubs.” They’re really little more than nondescript basements or unused apartment space in people’s homes. He passes out on his small bed. He spent the evening talking and dancing and meeting people at the one of the only social outlets for LGBT people in Chechnya, a federation territory within Russia with a long history of civil unrest and armed conflict.

Our young man, let’s call him “Ali,” is woken by first the pounding on his apartment door and then the breaking of it, as masked armed men drag him screaming from his home and into a transport. He is dropped off an a decommissioned military compound and put into a cell with only enough room to sit down or stand. He will be in this unavowed compound for days, or maybe months. His cell phone will be taken from him but left on and charged frequently; if family or partner or friends call on him, his captors will now have their contact information, as well. During his internment, he will be tortured repeatedly: beaten, starved, electrocuted. Some of his fellow captives will die from their wounds–all this just to get information from these innocent men regarding the locations of other LGBT persons and congregation locations. Once the masked men feel they’ve gotten from Ali all they can they will release him, but his troubles are far from over. Broken, bleeding, needing medical care, he cannot turn to hospitals or even his own family for help, because now they all know Ali is gay.

Homosexuality is not explicitly illegal in Chechnya (it was decriminalized in the Russian Federation in 1993), but as a member of the Federation, it holds with Putin’s new laws that crack down on the rights and freedoms of its LGBT citizens–such as no discrimination protections, as well as de facto criminalization of public LGBT activism, including even Pride parades. However, to strain matters even further, Chechnya overwhelmingly follows hardline Sunni Islam, with over 95% of the country counting themselves in that demographic. When Ali is released from his imprisonment, he now faces the constant threat of murder from his own family; in many parts of Chechnya “honor killings” not only still occur, they are commonplace. What options does he have? With his family and friends disowning him (or worse), he will lose his job, his home, and probably everything he owns–if he’s lucky enough to stay alive. Flight from Chechnya is his only option, which he will have to undertake with almost no resources or contacts whatsoever.

This same story has played out over a hundred times in just the last few weeks, and the figures are hard to precisely say, due to many victims not having the ability to safely report what happened, and we only know of this because Russian LGBT activists have collaborated with like rights groups like Canada’s Rainbow Railroad to find and evacuate as many people as possible to relative safety. US UN Ambassador Nikki Haley has urged the Chechen government to “. . . immediately investigate these allegations, hold anyone involved accountable, and take steps to prevent future abuses.” That, however, is unlikely to produce any meaningful results; reports indicate that the teams forcibly detaining the gay men are using military vehicles and are composed of police and local soldiers, making it likely this is an official action. Both top Chechen and Russian officials have denied the existence of these detention camps, called the victims “liars,” and insisted (as usual) this is yet more anti-Russian propaganda from the West. Chechen President Ramzan Kadyrov, himself a far-Right Islamist and close ally of Russia’s Vladimir Putin, has gone so far as to deny even the mere existence of LGBT individuals in his country, stating, “. . . it’s impossible to persecute those who are not in the republic,” grimly adding, “If such people existed in Chechnya, law enforcement would not have to worry about them since their own relatives would have sent them to where they could never return.”

Repression against LGBT people is on the rise all over the globe, and while here in the US we tend to think we’re too enlightened to fall to such monstrosity, one can only assume people like President Kadyrov feel just as strongly in their “sincerely-held religious beliefs” as any other exuberant believer, if not moreso. That’s how religious terrorism works, though: turning a sincerely-held belief into a strongly violent action. Haley’s words at the UN are a good start to a formal US condemnation, but our President so far has been mum on the entire affair. We in the West need to loudly decry this atrocity and demand acknowledgment and action from our leaders, ensuring we know where they all stand on the how forcefully one’s sincere convictions may take precedence over another’s right to exist freely.

HOW YOU CAN HELP: